This project consists of a series of 2D mini-games. It was built in Unity3D specifically for use in classroom computer time. The design is optimized for 15 minute occasional play sessions as is the norm for most students. It was originally built for mobile use, but migrated to web due to limited access to mobile devices at some schools. The target browser was IE 8, due to school security constraints. The game was brought into schools on multiple occasions for playtesting. The victory cheer at the end of each level is a layered recording of the cheers of actual winners in the Build Character Build Success program. The first of eight mini-games has been released.

I started in Quality Assurance, and was quickly promoted to Level Designer. Levels were built with the goal of innovative and thoughtful design, meant to passively train the player and inspire them to discover new strategies and skills over the course of the game. 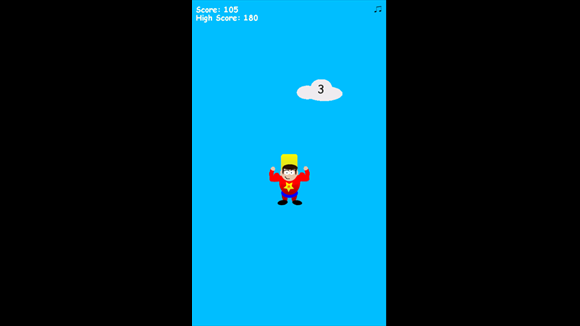 Built for the Microsoft Developer Movement over the course of two weeks. Complete with coder art and utilizing a variety of Windows Phone swipe and tap inputs, this project taught me the importance of attention to detail, and time management. I promised myself never to release a game that bad ever again. “Terrible game…” – Anonymous User

On the bright side, it saw a large number of downloads in Germany.

Our team was quite large, so we decided to divide it among three projects. Using edited stills of my level design from the main game, the Flash teams developed two more games. The first was a take on Myst, allowing the player to explore by clicking their way through a series of images. The second was an interactive novel, giving the player a series of choices, leading to a variety of endings.

Completed as part of Great Canadian Appathon 3, Operation: Downsize was built in the style of a strategic boardgame like chess. The premise is that half of an office is going to be downsized, but the corporate office can't decide who should go. Two players use the same device in a fight to decide which team will be downsized. I was interviewed by, and the game was featured on EP Daily!

My interview and ‘Operation: Downsize” on EP Daily!

A massive class undertaking built with DX10 over the course of a month. Built in constant crunch, the project developed quite well. The final version contained networked multi-player, A* pathfinding, enemy AI, level select, and an installer.